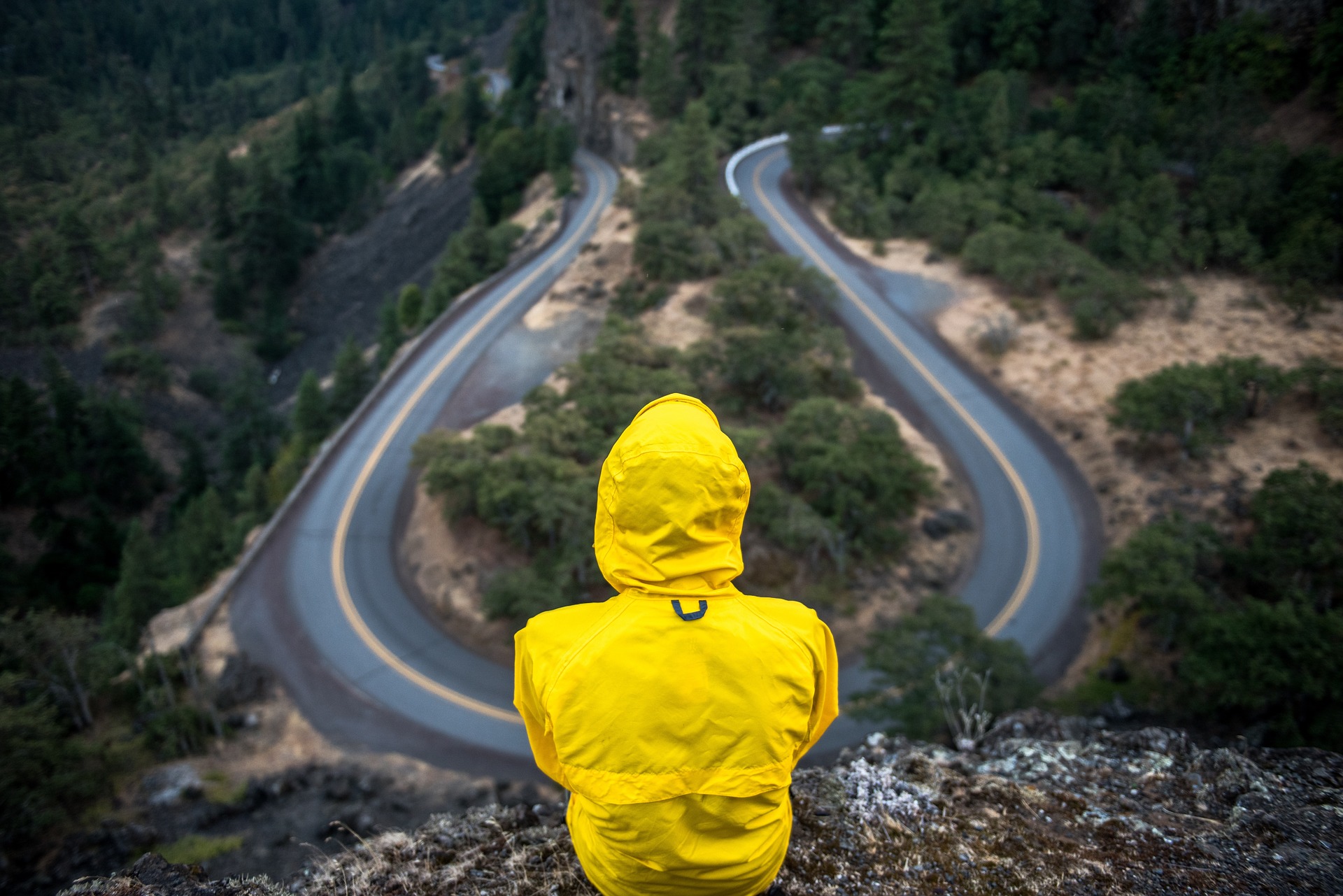 Let me first take you back a few years. I was young, around eight years old, and my sister and I were lounging around on the grass by a fence. We were with our Dad on the slopes of a golf course on the outskirts of a town called Royston. Our Dad had divorced from our Mum three years earlier and would have squeezed in a multitude of magnificence that day already. He had us at the weekends, and we so looked forward to that time with him. In that moment we lounged with bellies full of the once great fare of the Little Chef over the road and we bloody loved our Dad on that golden, hazy summer day. Things were not, however, all peaches and cream. A bit clichéd, I know, but the divorce had hit me hard at only five years old, and I had developed an intense stutter. Like anything in my life, if I do it, I do it balls to the wall and that was certainly the case with my stammering. Sometimes it would seem like days dragged by between the start and the end of a simple sentence, one which I was painfully aware would take those around me mere seconds to deliver, effortlessly.

A proud boy, I had refused to go to speech therapy. It was the seventies, and back then, it just wasn’t the done thing to have any kind of therapy despite my parents saying I should. I wasn’t stupid though, and even as a child I had noticed that certain sounds, particular combinations of letters would be the culprits that tripped me up on my linguistic journeys. The susurration of an ‘s’, followed by a ‘t’ midway through a word, were just two examples of a myriad of phonetic possibilities that brought forth my mounting dread as I saw the sentence stretch out ahead of me, knowing the blockage in my throat was coming.

What felt even worse was the patient and sympathetic looks on people’s faces, watching me struggle, desperate to finish my sentence for me but knowing they shouldn’t.

I had made the conscious decision to arm myself with the very things that were my enemy. Words. And so I began to read voraciously, immersing myself in other worlds to avoid the shitty parts of mine.

Each book I read offered not only an escape, but also alternatives to the standard limited vocabulary of a child of my age. I began to negotiate my way through the stammering pathways, planning ahead each sentence and using language that avoided the pitfalls I had learned were my downfall.

My love of linguistics was therefore very much underway as we lay on the grass on that golf course, replete with burgers and pancakes as our Dad pulled out a battered paperback with a sly smile on his face. On the front cover of the book was a picture of a huge black rat, fearsome teeth and evil eyes staring out, daring you to enter its world. Bold, bright red writing screamed out that the book was called The Rats, and the author was James Herbert. Dad began to read a chapter to us. There was blood, gore, swearing and sheer horror. I was absolutely, entirely consumed; obsessed from that moment on.

The stutter remained a slow work in progress, but it steadily waned as I read more and more books written with older audiences in mind. My teachers marked my works warily, with big marks for spelling, punctuation, grammar and writing style; whilst commenting upon why a nine year old would be writing about zombies, ghosts and murder. Poetry was flowing out of me too, mostly about the darkened corners of life. All this from such a cheerful little chap. Words were my escape, my love, my friends and they garnered praise, albeit tentatively, even in the ‘anything goes’ seventies.

By the time I hit my teenage years, my stutter only appeared when nervous or excited. Certain words would still need a mental run-up, particularly if I was to receive a ‘special certificate on a Saturday’, but mostly I coasted through. Cursed with a very late development, where other teens would be down the pub with fake ID, I’d spend entire days in book shops. New books were great, second hand books so much better. The smell, the heft, the feel. I could while away hour after hour flicking through the variety of paper slabs of history and worlds, all holding the secret of a hundred anonymous hands. All I wanted to be was a writer. I wanted my own works on the shelves I poured over for so long. Confidence had never been my strong point. Outwardly, everyone would think I was the most gregarious a person could be, but the reality was quite the opposite. The speech impediment, the height issues (4’11” until I was 17), braces on my teeth and a wanker of a stepdad all made for an inner turmoil that would NOT let me have faith in myself enough to share my work.

That was, until I was in my thirties. Having been royally screwed over by an ex, the dangerously dark seething mass that was my rage needed an outlet. I wrote seven chapters of vicarious violence and venom, got it out of my system, and then buried it while I got on with life. One or two people read it and liked it, but no, for me, it just wasn’t good enough.

Twelve years later I read it again. By now, social media was a platform that was still used by some for positive means. Facebook was yet to be bloated with adverts and a generation of selfie obsessed narcissists. I put it out there to a selection of my group of friends, those that were readers, to tell me what they honestly thought of my seven lone chapters. I craved honesty. I dreaded honesty. I really needed it, though, as my go-to emotion was always that it was never good enough. What came back blew me away. After asking for my bluntly honest friends to clarify that they weren’t just blowing smoke up my arse with their kind words, they all reiterated how much they loved my work and thusly spurred me on to write my first crime/horror novel.

I gave up work to finish it, and it was published to pretty good critical acclim. That novel now sits on my bookshelf and has over 120 five stars across a variety of platforms. I am writing the sequel to it and have a number of works in progress. I write bespoke poetry, I write copy, proof read and do just about anything that keeps me from the mundanity of the industry I’d stumbled into and hated for twenty years. Now, my winding road has led me to co-founding a charity that helps people in need, ALL with the power of words. The charity has won awards and changed lives. We’ve only just begun and we’re doing so much – with so many bigarsed plans to implement. All to help those in need with mental health issues, suicidal thoughts, addictions and dark times where they feel they have been abandoned.

And not just in prisons. Schools, institutions, centres, cafes. Online, in rooms. Virtual and actual. So again, why write? To my mind, writing offers the thing that was lacking in my life when I most needed it. If PoetsIN and its community had existed when I was a teenager with zero confidence in myself, then I would never have wandered down a banal career path and the hedonistic path that ran parallel to it to numb the drudgery. If PoetsIN had been about in the eighties, the nineties or even the noughties, I would have had the platform to share my words, my stories, my poetry and would have received the feedback that gave me the confidence to open up myself to the world, to bleed on the page.

I would have realised that yes, it IS actually pretty good, and that I should sit down and write more.

I possibly would have taken advantage of a cheaper world, and venture forth not into estate agency and recruitment; but instead follow the path of my first love: words. The words that had been my enemy. The words that I had wrestled to the ground and conquered, slaying my stutter. The words that were my constant, my evergreen, my life.

PoetsIN would have galvanised within me what I needed to know, and it now exists for all the levels of all types of writers out there. Embrace it, use it, love it. Let it be your platform to vent and place to suck up some much needed fortification. PoetsIN and PINers will support you and pump positivity into those gaps you creatively stuff negativity into. PoetsIN rejoices at the sound of a keyboard in the midnight hours and the scribble of the pen on the pad on the bus.

PoetsIN is somewhere that you can open up safely and without judgement.

Why PoetsIN?  Because words have the power to heal, to support. Words can start wars and reconcile a lifetime of differences. Words provide a steam valve for when the pressure is building to incandescent levels.

Because words can provide salvation for a stuttering little boy and offer an alternative outcome.

If you wanted to write a guest blog piece on why you write, any mental health advice or tips or even if you’d like to be interviewed, then please get in touch with any of the team here. 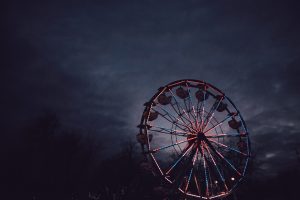 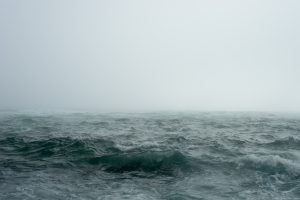 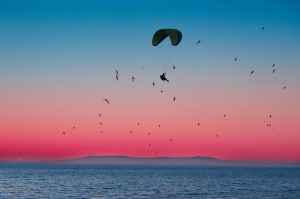 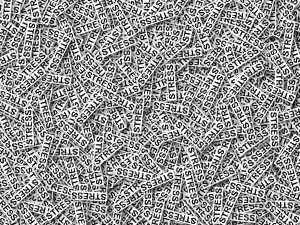 2 thoughts on “Why PoetsIN? – Co Founder Paul Gives His Reasons”